s Ending the year with rounded figures…4,000 of them | storyof.outset.org

Ending the year with rounded figures…4,000 of them 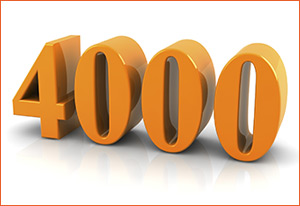 As the year draws to a close, Outset is celebrating national success, having supported the creation of 4,009 new businesses and 4,435 new jobs around the country – just six months after the service celebrated it’s 3,000 business milestone with Secretary of State for Business, Vince Cable MP.

This latest achievement comes as a result of engaging over 20,000 individuals across the South West and East of England, meaning the service helps create roughly one business for every five people it engages.

Supported by other qualitative data captured by the service, Outset’s key stats reflect its continued focus on fostering economic and social inclusion, with an emphasis on supporting individuals from disadvantaged and under-represented backgrounds.

• 74%  individuals that were previously unemployed, including 19% long-term unemployed

• 47% with no or entry level qualifications

• 15% clients with physical and / or mental health issues

It’s been a big year for the award-winning, not-for profit start-up support provider, established in 2009.

Among other successes, 2014 has seen the introduction of a new Outset service in Bournemouth in tandem with sister service, GetSet for Growth; the official launch of e-learning platform, Outset Online; the approval of over £930,000 in Start Up Loans for clients through Outset Finance; the launch of independent charity, The Outset Foundation; and Outset’s new collaboration with Fredericks Foundation – Independence Road – offering targeted services to UK Housing Associations and the subsequent launch of a new service for Yarlington Housing Group residents. Not to mention, the Chief Executive of YTKO Group (Outset’s parent company) Bev Hurley, being awarded a C.B.E. for her services to enterprise in the 2014 New Year’s Honours.

Reflecting on these successful start-up initiatives and Outset’s most recent achievement, Hurley says:

“It’s remarkable to think how many lives – and local communities – have been transformed over the last five years, thanks to the Outset service. This latest milestone takes us two-thirds of the way towards completing our 2020 mission to support the creation and growth of 6,000 businesses, collectively contributing £1 billion to the UK economy. Personally, I can’t think of a better way to end 2014!”

Earlier this year, Outset commissioned the New Economics Foundation Consulting Group to analyse the Social Return on Investment delivered through Outset services. The full report is due to be released in February 2015 – contact jane.cormack@ytko.com to request a copy of the report.